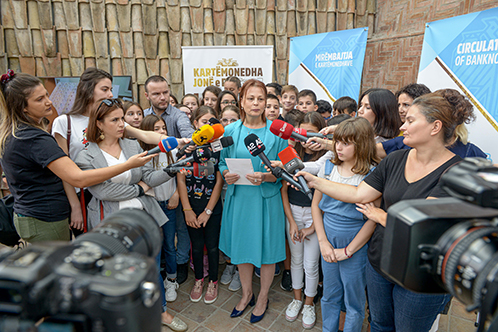 She emphasized that the 200 Lekë and 5000 Lekë denominations, which are being put into circulation today for the first time, are more than just a medium of exchange. The Second Deputy Governor encouraged the attendees to welcome and take good care of the new as well as of the existing banknotes, since banknotes bear also artistic and symbolic value of the nation and of its history. 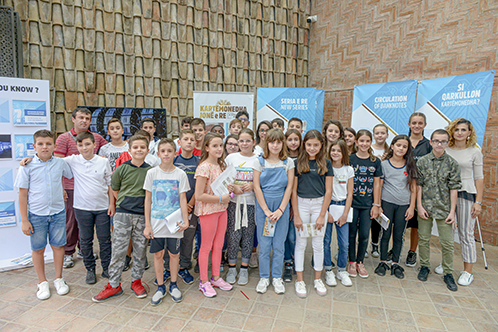 During the conversation with the children, Second Deputy Governor Ahmetaj explained the importance of the Bank of Albania, as the only institution in Albania that issues and puts into circulation the Albanian banknotes. She explained how the Bank of Albania in cooperation with commercial banks distribute banknotes in the hands of the Albanian public.

Furthermore, Second Deputy Governor Ahmetaj informed the children and the attendees on the reason for maintaining the same theme for the new series of Albanian banknotes, but making its colours and design brighter. Ms Ahmetaj added that the theme evokes milestones in the history of the nation, through prominent personalities that have left a legacy in our national memory. She said that the portrait presented on the banknote stirs curiosity among the public and makes them eager to learn more about that historical figure and consequently learn more about the history of the Albanian nation. 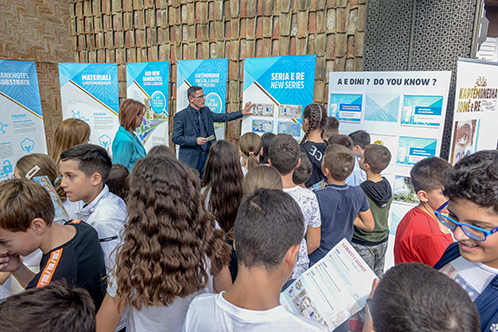 Toward the end of the event, the students were informed on the security features of the new banknotes and on the way they can check those elements through the method: Feel, Look and Tilt.

New banknotes are put in circulation through the Albanian banking system. Commercial banks in need of money, request the Bank of Albania for supply and then they collect banknotes, according to their requirements.