On 13 December 2019, the Governor of the Bank of Albania, Mr Gent Sejko met with renowned publicists, experts of politics and economics, and journalists of print and electronic media in Albania.

In his opening address, Governor Sejko thanked the media representatives for the solidarity and the unique role in promoting solidarity and alleviating the pain caused by the natural disaster that struck Albania. 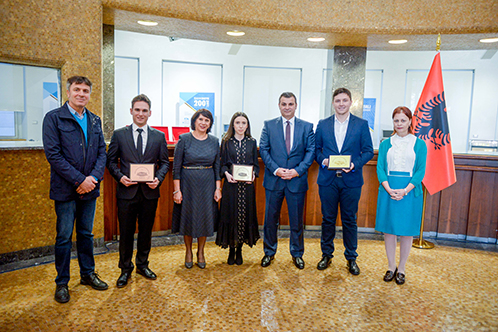 Moreover, the Governor stated that the professionalism and integrity of the media in covering news related to economic and financial developments in Albania has increased notably in this year, adopting a serious approach and professionalism presenting our reports to the public.

The Governor said that during 2019, the media has helped ensure that the decisions of the BoA are conveyed in a timely fashion and use a simple and easy-to-assimilate language, not only by market actors, but also by the general public.  The Governor praised the media as a unique ally in enhancing the effectiveness of decision making, thanking them for their work filled with passion and dedication during this year. 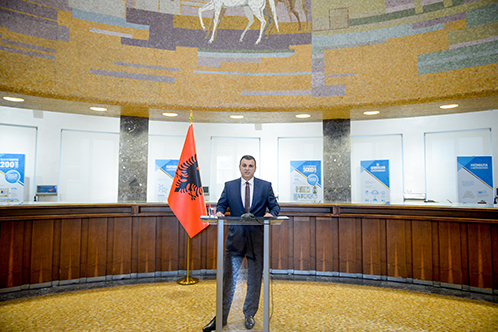 Governor Sejko reassured that the Bank of Albania will continue to be a transparent institution, ready to provide opinions and assessments as necessary in all public debates, related to the performance of the country's economy and financial markets.

Concluding, Governor Sejko said that the financial education and research are an integral and significant part of the activity of the Bank of Albania. They are a precondition and source for the social-economic development and the welfare of the citizens of Albania. 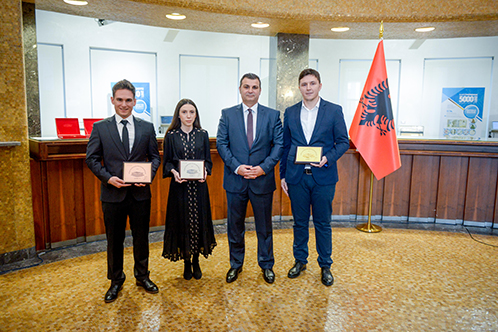 By the end of this activity, as it is already a tradition, the three winners of the “Governor's Award for the Best Diploma Thesis 2019” were announced. This annual event is dedicated to Albanian students graduated in Albania and abroad, for scientific research on issues related to the integration, international monetary and economic developments, price and financial stability, financial literacy etc.

The first prize was awarded to Mr Olsi Pajo, a student at the University of Bonn, Germany, by the Governor of the Bank of Albania, Mr Gent Sejko, for the study on "Information Transmission of Central Bank". 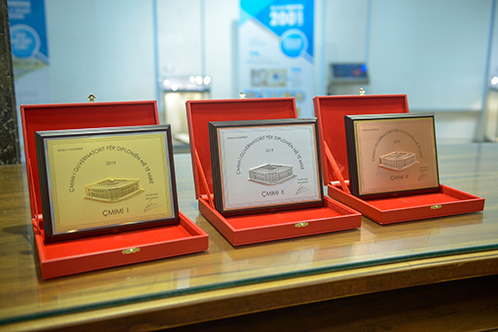 The thesis assesses communication as an essential tool for conducting monetary policy nowadays.  On one side, transparency plays a vital role in modern central banking; but on the other side raises many questions about its level of optimality and there is far less consensus about what constitutes an optimal communication strategy.

The second prize was awarded to Ms Meril Canameri, student at the University of Tirana, by the First Deputy Governor Ms Luljeta Minxhozi, on "The level, importance and duty of financial literacy in Albania".

The third prize was awarded to Mr Isli Kola, student at Bilkent University, Ankara, Turkey, by the Second Deputy Governor Ms Natasha Ahmetaj, on "Structural and Statistical Estimation of Potential Output in Albania ".

This research thesis focuses on the estimation of the potential output and the analysis of the output gap in the Albanian economy for the period 1980-2017. Estimation techniques involve both the description of the Cobb-Douglas production function and CES production function structural methods, and the Hodrick-Prescott filter and Hamilton filter statistical methods.