On 15 July 2019, Governor of the Bank of Albania, Mr Gent Sejko attends the second high level conference on “Demographics, Jobs and Growth: Navigating the Future in Central, Eastern and South-eastern Europe, organized by the Croatian National Bank and the International Monetary Fund (IMF) in Dubrovnik, Croatia. In addition to senior IMF representatives, this conference was attended by 15 governors and finance ministers from Central, Eastern and South-Eastern European Countries (CESEE), representatives from the World Bank, the European Commission, Bank for International Settlement, and other financial institutions and the academic world. 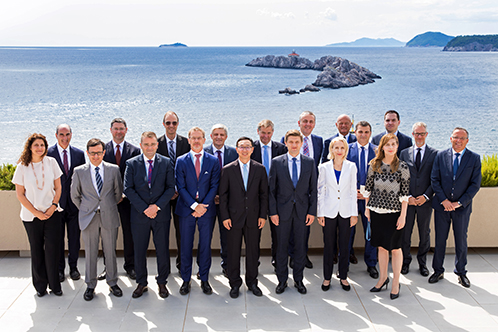 The conference focused mainly on issues related to the demographic movements among the CESEE countries’ population, economic growth, employment and education, as well as on future measures to reduce unemployment and informal economy, in order to guarantee a sustainable and substantial economic growth in these countries.

During the conference, the participants discussed on various political and economic developments in the CESEE countries over the past decade, and the effect of phenomena such as the rising emigration, population ageing and declining of labour force on the economic performance. 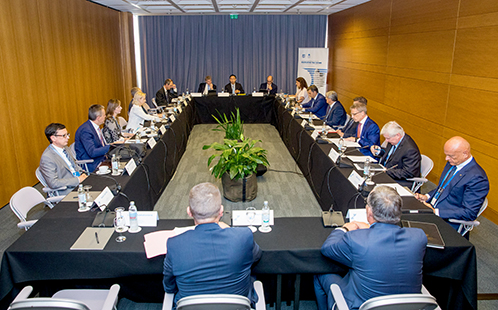 During the conference, Governor Sejko was part of the round table chaired by the Deputy Managing Director of the International Monetary Fund, Mr Tao Zhang. In line with the conference topics, this round table focused on addressing the demographic challenges of common interest and the reforms to address them. Mitigation of emigration, increase of employment and education are present challenges that facing the economies in our countries; the respective governments have therefore set priorities to address them. 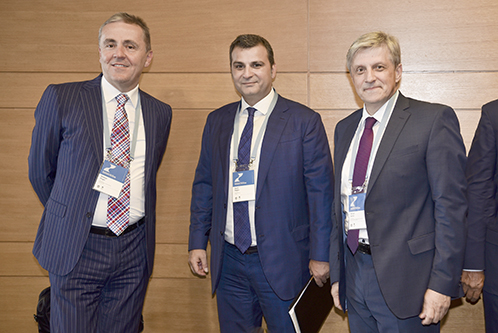 In his address, Governor Sejko pointed out that these phenomena noted have been noted also in Albania and are being closely monitored. Albanian institutions are engaged in development programs that increase labour productivity and slow down skilled emigration. The goal is to increase the productivity of the professional workforce in the country, and to provide job opportunities in different sectors of the economy for talented youth, so that they can invest their know-how in the economic development of their country. In this context, the continuity of structural reforms is crucial, notably those reforms that aim to enhance the education level, develop technical skills and improve professional qualification.

Concluding, Governor Sejko added that cooperation with partner countries and with prestigious international financial institutions such as the International Monetary Fund and the World Bank, to take advantage of best practices, experience and expertise is a very important and key element for the successful outcome of these efforts.