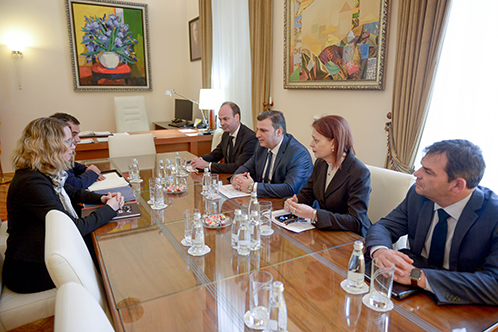 During the meeting, Governor Sejko presented an overview of the economic situation in Albania and highlighted that the economic growth has continued its positive trend, although at a slower pace.  In addition, the Governor focused in recent developments, by pointing out that the earthquake of 26th November 2019, had a negative impact on the growth pace, and is expected to continue during 2020 with a temporary resultant effect concentrated on both the economic growth and inflation.

Mr Sejko stated that, on the other hand, the reconstruction process is expected to affect positively the growth. But this effect will delay compared to the one of the negative shocks and will not be strong enough to compensate their effects. 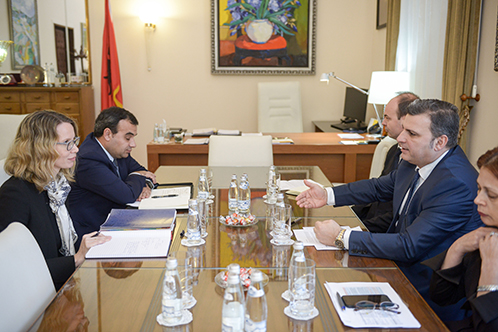 Governor Sejko emphasised that Bank of Albania will continue to contribute to further developing the economy of the country and safeguarding the financial stability. The accommodative monetary policy implemented by the Bank of Albania has contributed to creating favourable conditions in the economy and the necessary stimulus in the financial markets. Currently, financial markets are characterised by low interest rates, good liquidity situation, increasingly stable exchange rate and an upward lending trend.

The Governor underlined that the Bank of Albania will remain committed in further improving  the financial system, by focusing on the development of financial markets and payment systems; further boosting lending, through the implementation of the Platform to Boost Lending in Albania; and the continuation of the work to reduce non-performing loans. The non-performing loans ratio dropped to 8.4% in December 2019; a significant improvement of this ratio, which picked up at 25%, five years ago.

The World Bank Group representatives praised the contribution of the Bank of Albania in safeguarding the financial stability and for the economic development of the county.

At the end of the meeting, Governor Sejko and the World Bank Group representatives discussed on the future joint projects.