On 17 January 2020, the Governor of the Bank of Albania, Mr Gent Sejko, held an official meeting at the Bank of Albania with the new Ambassador Extraordinary and Plenipotentiary of the Kingdom of Norway to Albania, resident in Prishtina, H.E. Jens Erik Grøndahl. 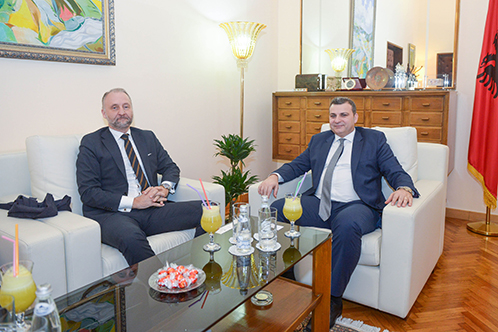 During the meeting, Governor Sejko introduced Ambassador Grøndahl to the financial developments in the country, stating that the Albanian banking system is liquid, capitalized and profitable. The Bank of Albania has been and will continue to focus on prudential supervision of banking system reshaping in Albania, contributing to its consolidation.

Speaking about the economic performance of Albania, the Governor highlighted that the economic growth has continued its positive trend. While the external macroeconomic environment remains challenging, the monetary authority and other institutions in Albania will continue to contribute to preserving macroeconomic parameters. 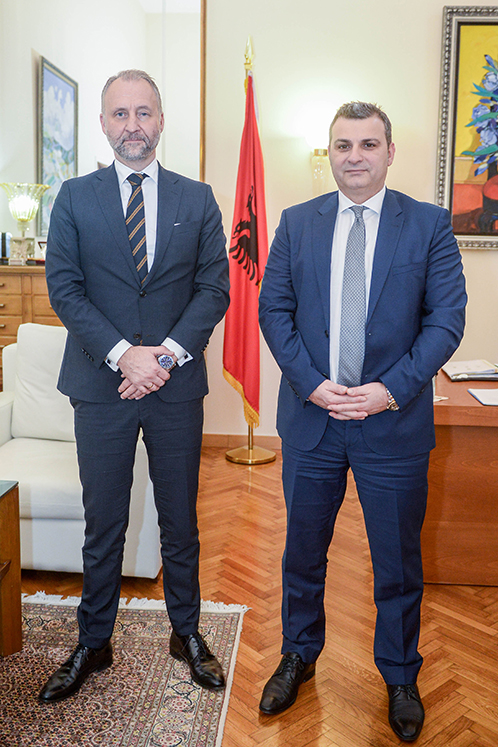 The Governor stated that the Bank of Albania will remain committed to fulfilling its mission to safeguard price and financial stability in the country. The Bank of Albania has been implementing an accommodative monetary policy and such stance will continue in the period ahead.

On his part, Ambassador Grøndahl thanked Governor Sejko for the meeting and praised the key contribution of the Bank of Albania in safeguarding Albania's macroeconomic stability.

H.E. Ambassador Jens Erik Grøndahl highlighted the importance of implementing economic and structural reforms, and commended the progress achieved in recent years in Albania. Continuation of reforms in accordance with European standards will have a positive impact on the opening of negotiations with the European Union and will create an attractive environment for foreign investors. Governor Sejko pointed out the importance of Norwegian investments in Albania with regard to employment and economic growth.

The interlocutors concurred that further growth of economic cooperation between the two countries and increase of foreign investments in sectors such as tourism, agriculture, mining, etc. are of particular importance for Albania.