PRESS RELEASE
Lecture by Governor of the Bank of Albania, Mr Gent Sejko, at the London School of Economics and Political Science (LSE)

This lecture was organized in the framework of the Bank of Albania’s ongoing cooperation with the London School of Economics and Political Science (LSE) and was attended by international experts in economy, academic body of the University, and foreign and Albanian students of this University. 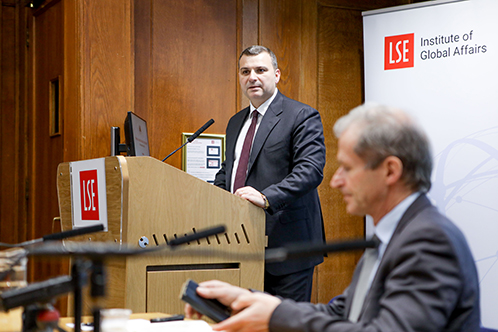 The lecture presented by Governor Sejko was conceived in four sections: 1. developments and economic trends in the regional countries; 2. the structural weaknesses in the financial and banking sector in Albania; 3. the undertaken measures and implemented policy outcomes to address these weaknesses; 4. the future challenges to the policy-making of the Bank of Albania.

Regarding the economic outlook in Albania, Governor Sejko emphasized that economic growth pace in Albania continues to be positive, coupled with the increase of employment and wages, as well as with a clear trend of economy to return to its long-term equilibrium. Governor Sejko stated that, through the accommodative monetary policy stance, the Bank of Albania has provided a pivotal contribution to supporting the sustainable economic growth and maintaining the macroeconomic stability. 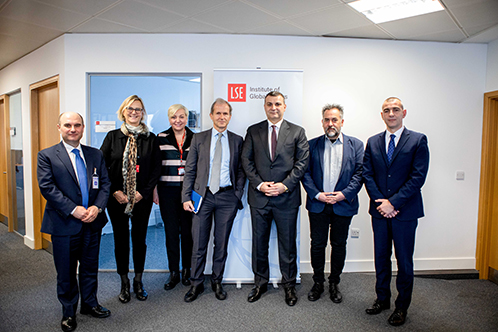 Governor Sejko presented in detail the undertaken measures and the policy outcomes implemented by the Bank of Albania, pointing out that the focus of the Bank of Albania's work, in addition to maintaining price stability, has also been the stability of the exchange rate, the promotion of sound lending, the promotion of the use of the national currency in the financial sector, the reduction of non-performing loans, payment system development, financial literacy etc.

The Governor stated that the Bank of Albania together with the Albanian Association of Banks, with the aim to promote lending, as an indispensable source for economic growth and financial intermediation, established the platform to boost lending, which is a joint action plan aimed at improving regulatory and concrete initiatives. 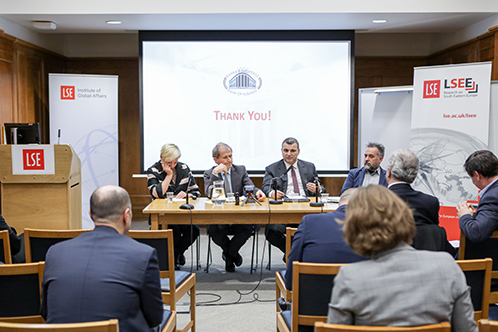 Governor Sejko informed the audience on the Draft Law “On payment services” and the innovations that it will introduce in the banking market. He highlighted that the adoption of this Draft Law will provide favourable conditions for the promotion of technological innovations, as well as it will enhance competition in the market.

During the lecture, the Governor informed the students on the way BoA has faced the challenges to the financial market in Albania. Mr Sejko emphasised that the Bank of Albania has been involved on improving the regulatory architecture of the financial system and strengthening financial safety nets that have contributed to further consolidation of this system. 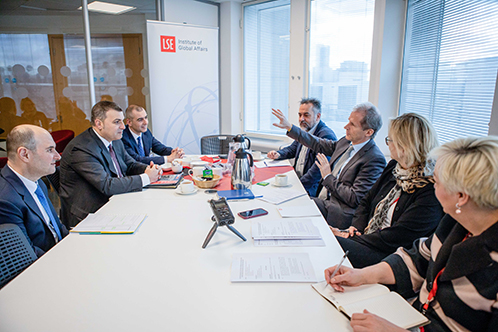 The Governor presented the lessons learned during the implementation of undertaken policies, the regulation and supervision of the financial market, and the new challenges associated with innovation in this market and with the Albania's increasing integration in globalization processes.

The reduction of non-performing loans, which reached the maximum value at 25% of the loan stock 5 years ago, has been one of the most significant structural weaknesses of the banking sector in Albania and also one of the key challenges to the Bank of Albania.. This level started to trend downward steadily, reaching its historical minimum of 8.3% in January 2020, all attributable to the successful implementation of the plan of measures for reducing non-performing loans by the Bank of Albania in cooperation with other institutions. 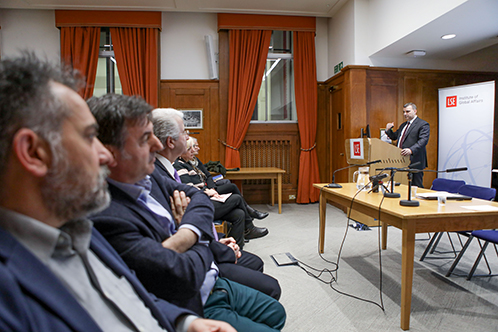 Closing his speech, he underscored that as policy-makers, we should learn from the past, in order to have a safer future.

The attendees and the audience were very interested and lively about the lecture and addressed questions to the Governor on various arguments related to the central bank and the overall economy. 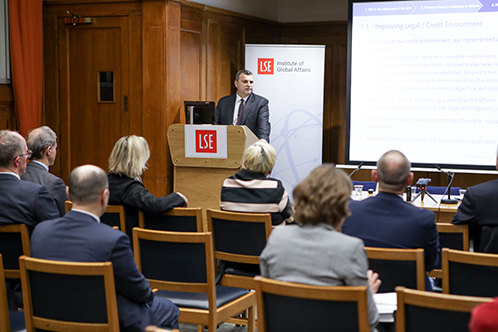 Concluding, Governor Sejko wished the students success in their academic and future endeavours. He also held meetings with Albanian professors and students working and studying at this university, closely acquainting them with the Bank of Albania's ambitious policies to attract qualified human resources from prestigious universities, such as the LSE.