PRESS RELEASE
On Article IV consultations with the IMF Mission

The Bank of Albania thanks the IMF Mission for the fruitful discussions over the last two weeks, in the framework of Article IV consultations.

Overall, the Bank of Albania and the IMF share similar views on:

In the following, is a more detailed description of our view on: the current situation of the economy and financial system in Albania; the development perspective; the policies and structural reforms that are needed for supporting them. 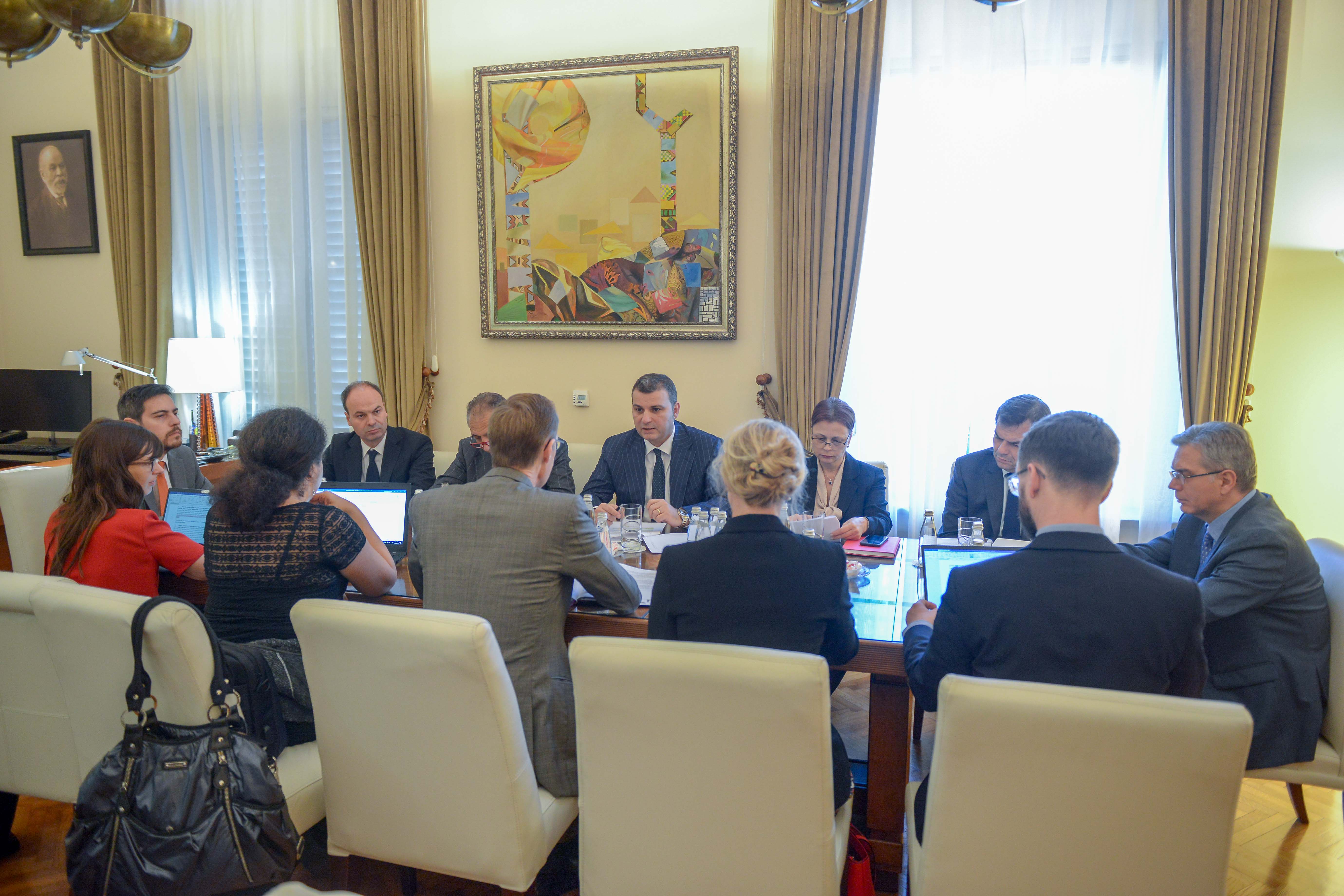 The Albanian economy experienced a slowdown of growth rates in the first half of 2019. The analysis of the available data shows that the slowdown was dictated mainly by temporary supply-side shocks. Yet, the intensity of their effect illustrates the need for a better diversification of sources of growth in the future.

From the perspective of aggregate demand, the expansion of economic activity reflected the increase of both private consumption and revenues from tourism. On the other hand, the volume of exports fell and the rise in investments has started to feel the effects from the gradual completion of the TAP project. The structure of aggregate demand expansion is reflected in the structure of growth by sector. Thus, the services sector continued to grow, whereas the industry and construction sectors showed a more moderate performance.

The Bank of Albania deems that, notwithstanding the slowdown, economic and financial stability indicators for Albania remain solid. Thus:

This performance has reflected, among other things, the contribution of the monetary policy and macro-prudential measures undertaken by the Bank of Albania.

The Bank of Albania deems that economic growth will be improving in the medium term, but risk factors are skewed to the down side. These risks are related to a potential worsening in the external environment, and a potential continuation of supply-side shocks, tensioned political climate, and the pace of structural reforms realisation in Albania.

Related to the above, the Bank of Albania judges that policies for the country's economic management should continue to be oriented toward guaranteeing Albania's economic stability and reducing risks. In greater detail:

In parallel, with prudent monetary and fiscal policies, Albania should speed up its efforts for implementing structural reform. Among others, the reform should aim at:

The Bank of Albania remains committed to improving further the financial system, in cooperation with other relevant regulatory agencies. Priority aspects include: