PRESS RELEASE
Bank of Albania launches the two next denominations of the New Albanian Banknote Series: 1000 lek and 10000 lek

On 15 June 2021, the Bank of Albania launched the two next denominations of the new Albanian banknote series, in a ceremony organised for this occasion. 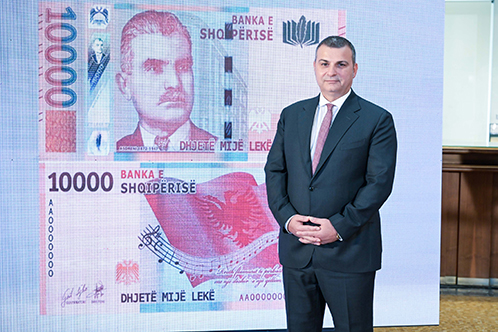 The new series comes with a refreshed design, giving the Albanian banknote a modern look, at the same time more durable, with high quality, integrity and reliability, which follow the standards similar to those applied in advanced countries.  This series is produced with cutting-edge technologies for banknote printing, with new security features, making them safer against counterfeiting. 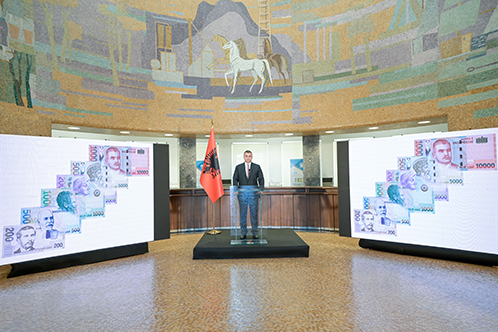 The two first denominations of this series, 200 lek and 5000 lek, from two years now that were successfully put into circulation in September 2019, are welcomed by the public and have met the expectations of the Bank of Albania.

Today, the Bank of Albania presents the two other banknotes of this series, 1000 lek and 10000 lek, respectively.  The printing and putting into circulation for the first time of the new banknote with the largest value, 10000 lek, represents in itself, the adoption of the banknotes’ structure to the evolution of the structure of prices and wages, the development of the electronic payments, and of the other indicators related to the management of currency. 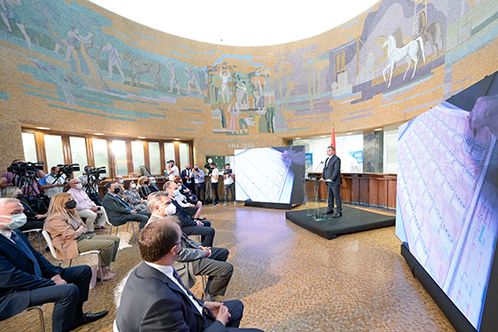 This banknote of the largest denomination accompanies the economic development of the country and - according to all analysis - meets the market requirements to have it in the structure of our series of banknotes, which are legal tender.

The presentation and putting into circulation of this note will enable a better and more efficient circulation of cash, by helping the structure of the currency in circulation; reducing the costs of production, storage and distribution; thus enhancing the efficiency of the Bank of Albania in cash management and issuance. 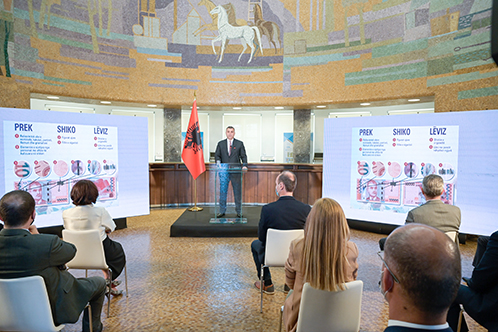 The  theme of the 10000 lek banknote are the symbol of flag and national anthem - the main symbols of our national identity - accompanied with the portrait of the distinguished poet of the Albanian National Renaissance, at the same time, author the he “National Anthem”, Aleksandër Stavre Drenova -commonly known by the pen name “Asdreni”.

The 1000 lek banknote, part of the new series, has a refreshed design, but it retains the same motives presented in the existing one, embedding changes related to the whole configuration of all added and improved elements.

From 30 September 2019, the banknotes of the new series 200 lek and 5000 lek will be legal tender in the Republic of Albania and will be used as means of payment, alongside the existing banknotes.

The Bank of Albania calls on the users to handle each banknote with due care, in order to preserve their durability, quality and integrity in circulation. 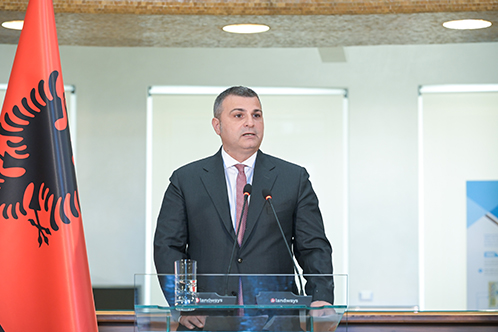