On 21 June 2018, the conference on "Modernisation of retail payment systems in Albania" was held at the premises of the Bank of Albania.

This conference was attended by representatives of the World Bank, the European Central Bank, the central banks of the region, the Ministry of Finance and Economy, the Albanian Banking Association and representatives from the business community. 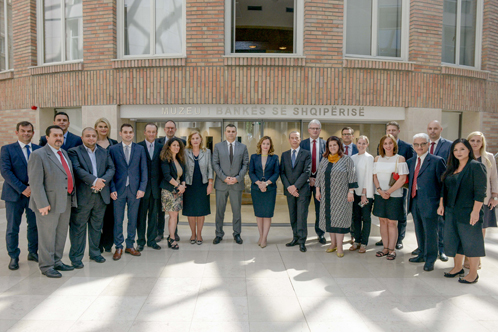 Ms Elisabeta Gjoni the First Deputy Governor of the Bank of Albania and chair of the National Payments System Committee opened the proceeding of the conference. Governor Sejko and the Albanian Deputy Prime Minister, Ms Senida Mesi also addressed the conference.

First Deputy Governor Gjoni welcomed the participants at this conference and presented the national strategy for reforming retail payment systems 2018-2013. The strategy aims for improvements in the retail payment market to provide Albanian citizens with more options to choose for their daily transactions, in a more easily and more cost-effective way.

She added that the national strategy focuses on legal and regulatory improvements, notably the preparation of the draft law "On payment services in the Republic of Albania", by the Bank of Albania. 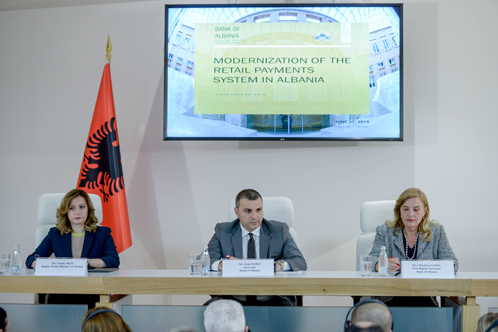 In his welcoming address, Governor Sejko said that this conference is of special importance, as the safe and efficient development of payment systems is a key objective not only to support monetary policy implementation and safeguard financial stability, but also to serve as an important tool for formalised and sustainable economic development.

Governor Sejko added that most aspects in our everyday life are subject to digitalisation and automated processes; hence, the modernisation of payment systems is becoming increasingly important. In this regard, the National Payment System Committee, chaired by the Bank of Albania, is making important steps forward toward reformation and modernisation of retail payment systems. 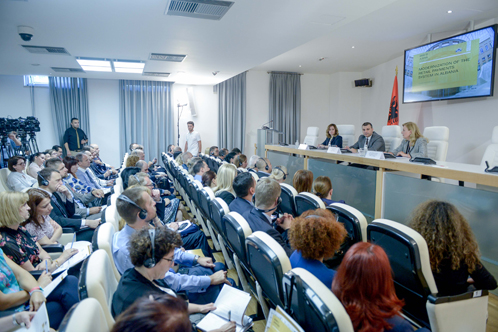 Concluding, Governor Sejko presented the latest publication of the Bank of Albania dedicated to remittances, which aim to enhance the knowledge and information about remittances in the Albanian market, and to convey messages in the context of needs for intervention and the potential of remittances for various actors in the economy. The Deputy Prime Minister of the Republic of Albania, Ms Senida Mesi, highlighted that one of the top priorities of the Albanian Government is the reform in public services.  Starting from October 2017, the Albanian Government has started an intensive effort to achieve the objectives in this area: qualitative, timely and efficient services for citizens and businesses.

"Online payments, their standardization and modernization are also part of the transformation of public and administrative services of the Albanian government. Of course, this requires a radical change in the culture of work by public administration and service providers, and we have trained and developed human resources capacities to provide quality services to citizens and businesses, alleviating the bureaucratic administrative burden. "- Ms Mesi said.

Concluding, the Deputy Prime Minister added that the Albanian Government is preparing a code of ethics and conduct for all the employees of the public administration, as a guide to better serve citizens based on the principle of customer-citizen care.

The conference proceedings continued on a technical level, with representatives from the European Central Bank, the World Bank, the Bank of Italy, Kosovo and Serbia, operators and well-known international service providers, and from the banking and payment industry in Albania presenting the main developments, projects and their experience in the field of retail payment systems.