On 9 September 2019, the Governor of the Bank of Albania, Mr. Gent Sejko, met with representatives of the European Bank for Reconstruction and Development (EBRD), Ms Zsuzsanna Hargitai, Director for the Western Balkans and Mr. Matteo Colangeli, Head of EBRD operations in Albania.

Discussions focused on the project for Albania’s Development Strategy for 2020-2025. This document outlines the priorities, objectives and support programs that the EBRD plans to implement in Albania over this time horizon. Following the consultation with relevant public and private stakeholders in the country, this draft-strategy will be adopted and implemented by the EBRD over the next five years.

In this context, the EBRD representatives presented a brief overview, highlighting the main objectives listed under three pillars: (i) support for improving management skills in the economy, to further develop the infrastructure and enhance the business climate; (ii) support for enhancing the competitiveness of the Albanian economy and promote a broader inclusion of the economic and social groups, through increasing access to finance and further development of know-how; and (iii) further diversification of energy resources, increasing its efficiency and sustainable use.

In particular, the EBRD representatives focused on the current and future support the EBRD will offer for the development of the Albanian financial system and banking sector. They were also interested to hear about Bank of Albania's view on the presented issues. 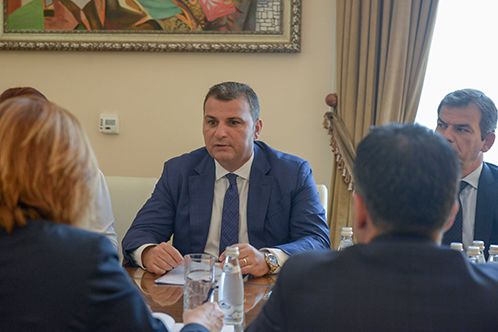 Governor Sejko thanked the EBRD for the continuous support to Albania, during its transition period and in the EU integration process, noting in particular the positive role of the EBRD programs in developing the financial system in Albania and in strengthening Bank of Albania's institutional capacities.

Moreover, Governor Sejko presented an overview of the country's economic and financial developments.

He pointed out that - despite fluctuations in certain sectors - the country's development remains on a positive trend, ensuring employment growth, improvement of the financial soundness of the public and private sectors, as well as an increasing trend of domestic inflationary pressures. This development trend reflects both the positive effects from the accommodative monetary policy stance, and the effects of various Bank of Albania initiatives for reducing non-performing loans, improving the credit environment, improving the supervisory and regulatory framework and its approximation with EU standards, as well as for promoting formalisation, and supporting development and further expansion of the fiscal market. 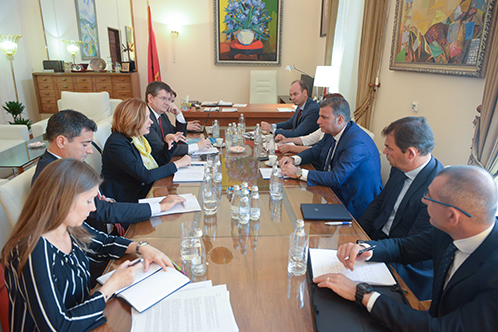 Governor Sejko added that the Bank of Albania concurs with the EBRD on the challenges that the country faces for its development, emphasizing the priority to increase the productivity and the management skills in the economy, the need for a comprehensive improvement of infrastructure and the business climate, as well as support for the development of those sectors with untapped potentials such as tourism, energy, and agro-industry. 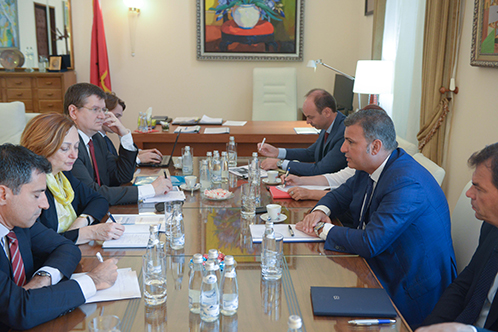 The EBRD representatives acknowledged the crucial role of Bank of Albania in maintaining the country's macroeconomic stability, and affirmed their willingness to provide technical assistance to the Bank of Albania during EU integration processes.

At the end of the meeting, both parties emphasized the desire and willingness to foster the established cooperation continue implementing current projects, and explore additional potential projects and instruments that would contribute to the development of capital markets, reducing investment risk for the banking industry, and promoting the use of financial instruments in the Albanian currency.