On 18-20 October 2019, Mr Gent Sejko, Governor of the Bank of Albania, in the capacity of the Governor of the Republic of Albania at the IMF, attended the Annual Meetings of the International Monetary Fund (IMF) and the World Bank Group (WB), in Washington.

In these meetings organised in round tables, senior decision makers of the IMF, WBG, governors and ministers of finance from member countries, as well as representatives from academia, the business community and the civil society discuss the latest developments and the outlook for the global economy. 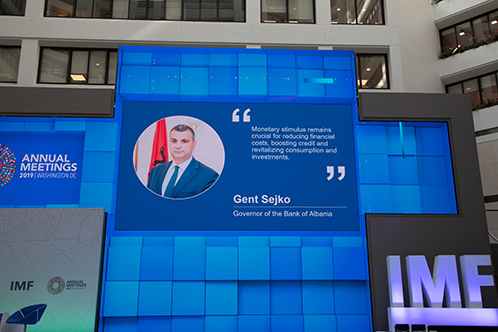 At the conclusion of these meetings, the International Monetary and Financial Committee issued a Communiqué pointing out that “The global economy is projected to grow by about 3% this year, but the pace has continued to weaken since April. Growth is projected to pick up next year, but the outlook is highly uncertain and subject to elevated downside risks. These include trade tensions, policy uncertainty, and geopolitical risks, against a backdrop of limited policy space, high and rising debt levels, and heightened financial vulnerabilities. Other long-standing challenges also persist.” 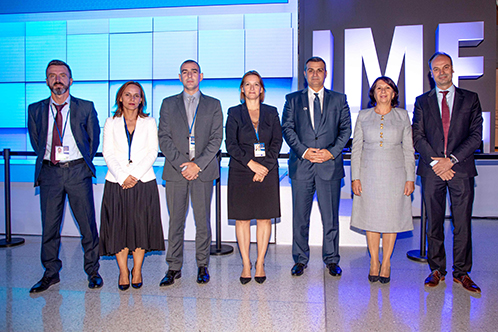 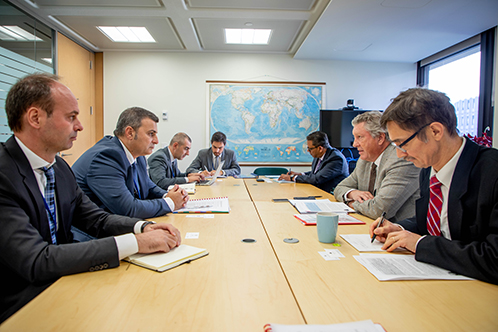 During the meetings, Governor Sejko presented an overview of the economic and financial situation in Albania, pointing out that the Albania's economy and development remain on a positive trend and that economic activity has made progress toward sustainable and long-term growth.

He also presented the measures undertaken by the Bank of Albania for the implementation of a modern framework for the formulation and implementation of the monetary policy, while maintaining an accommodative stance, in order to enable a financial environment with low interest rates, ample liquidity and increasing stability of the exchange rate. This policy stance has boosted consumption and private investments, and has contributed to the acceleration of credit growth. 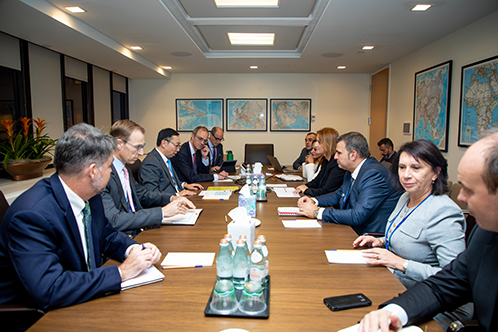 The Governor highlighted that Bank of Albania, by focusing in the strengthening of macroeconomic stability and long-term economic growth, is committed to continuing to provide the appropriate support through the continuation of monetary stimulus, to boost economic activity and the convergence of inflation to target. From the macroeconomic perspective, inflation performance has reflected the build-up of domestic inflationary pressures, while imported inflation has been downward. These inflationary pressures are expected to gradually align with to the Bank of Albania’s target, in the next two years. 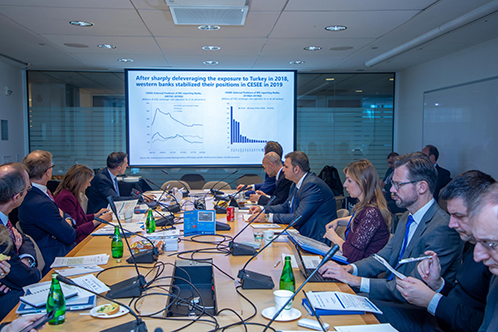 Regarding developments in the banking system in Albania, Governor Sejko pointed out that the banking sector appears liquid, well capitalised, with good profitability indicators. Regulatory capital hovers around 18%, notably above the minimum requirement, whereas the ratio of non-performing loans has dropped to 11% against the 25% maximum level recorded in 2014, attributable to the successful implementation of the measures plan on non-performing loans reduction. 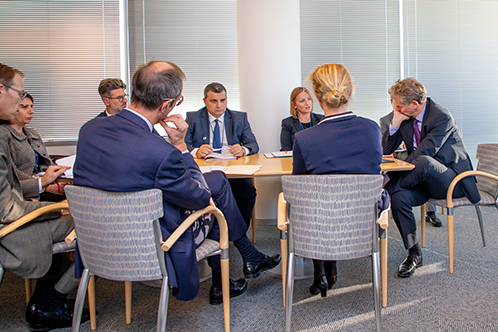 In addition, Mr Sejko emphasised that the Bank of Albania has been intensively involved on improving the regulatory architecture of the financial system and strengthening financial safety nets. The consolidation of the banking sector was another issue discussed in these meetings. In this regard, Governor Sejko stated that the Bank of Albania remains focused on prudential supervision of banking system reformation in Albania. 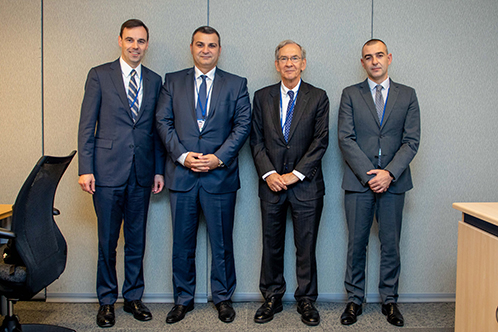 Governor Sejko pointed out the importance of improvements in the field of payments through the digitalisation of the market; promoting the use of electronic means of payments; and the expansion of financial inclusion.  He underlined the need to deepen financial education, by increasing the role of the Museum of the Bank of Albania and continuing with targeted educational programmes and establishing a national strategy involving all stakeholders in Albania.

At the conclusion, Governor Sejko stated that Bank of Albania will remain focused in further boosting sound lending from banking sector, as a rather important contributor for a sustainable and long-term economic growth of Albania. 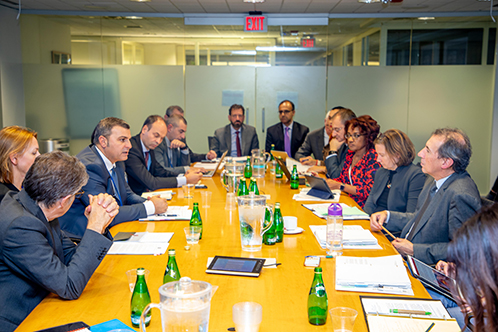 The IMF and WBG representatives assessed positively the policy implemented by the Bank of Albania, which has contributed to reducing non-performing loans, improving the credit environment, the supervisory and regulatory framework, and its alignment with the best international standards. 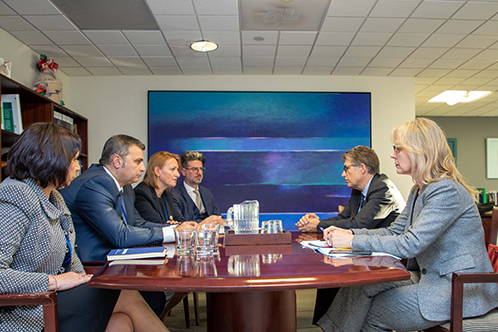 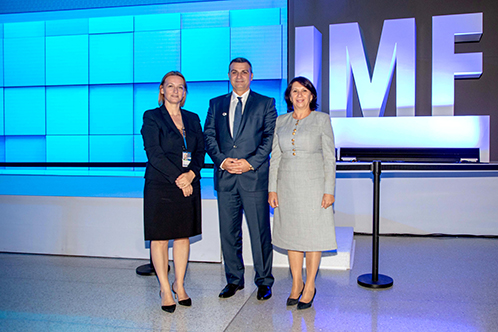 The interlocutors discussed on the continuation of the structural reforms, as an instrument contributing to increasing productivity, expanding economic potential, enhancing resilience against shocks and converging with the European Union standards. The IMF and WBG representatives stated that the acceleration of these reforms would also boost competition and improve the business climate in long-term perspective of the country.

Governor Sejko thanked the representatives of the IMF and WBG for the continuous support and assistance these institutions have provided to the Bank of Albania and other institutions of the country. 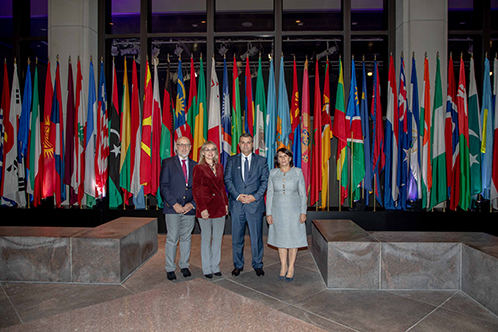 In the framework of these meetings, Governor Sejko attended the meeting of the Monetary and Financial Committee, as well as the G30 seminar.  He also participated in the meetings of ministers and governors of members countries of some of the constituencies of the IMF. The Delegation met also with senior officials from other countries. In these meetings the focus of discussion was the further development of mutual relationships.