On 24 July 2019, the Governor of the Bank of Albania, Mr Gent Sejko, held a meeting with the members and the chairman of the Executive Committee of the Albanian Association of Banks (AAB).

The meeting was held in the framework of the ongoing dialogue between the Bank of Albania and the stakeholders of the banking sector on issues related with its activity and role in the economy. The collaboration with this sector is very important due to its contribution to the development of the Albanian economy, through loans for efficient projects by enterprises and households, expansion of the range of financial products and services, as well as increase of the level of financial inclusion and education for the public. 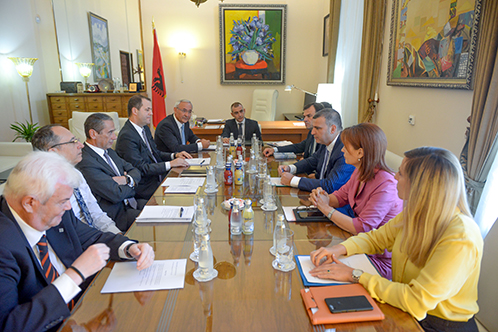 During the meeting, Governor Sejko focused on the main economic developments in Albania in the first half of the year, especially on the performance of the banking sector. He highlighted that the latest data show the activity of this sector has improved in terms of lending, and that non-performing loans have decreased. The AAB Chairman, Mr Silvio Pedrazzi, on his part, informed the Governor on the work done so far by the AAB on setting up a Credit Bureau. The creation and operation of the Bureau is an added value for the banking sector, thanks to the role it will play for assessing of borrowers by risk level. While acknowledging the importance of this project, Governor Sejko added that the Bank of Albania will give its full support for the realization and operation of this project undertaken by the Albanian Association of Banks.

The Regulation on the out-of-court solution for borrowers facing financial difficulties - adopted at the last meeting of the Supervisory Council, also known as "Tirana Approach” - was another important topic discussed at the meeting. It is drafted in the framework of fulfilling the commitments by the Bank of Albania for the Inter-institutional Action Plan for Reducing Non-performing Loans. The purpose of this Regulation is to facilitate the financial recovery of large past-due borrowers that are exposed to more than one bank and envisages the establishment of a common inter-bank platform for finding an adequate solution for the borrower. The AAB Executive Committee members showed optimism with regard to the adoption of this Regulation and the positive impact it is expected to have on reducing non-performing loans. 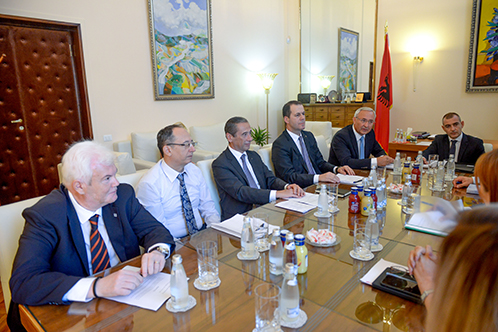 Following the meeting in May on boosting lending growth in Albania, the Governor informed the participants about the steps taken by the Bank of Albania with regard to drafting a concrete plan of measures to improve the quantity and quality of lending. Governor Sejko said that lending is a process of shared importance for all parties and that a more active approach towards it will enable a sustainable and long-term development not only for the banking industry but also for the economy of Albania. In this regard, the Governor highlighted the importance of implementing a plan of measures to bolster sound lending recovery in Albania. This plan of measures - already drafted by the Bank of Albania - has been sent for consultation to commercial banks. The representatives of the AAB, on their part, supported the drafting and implementation of this plan, which will serve as a platform where market actors are expected to contribute to boosting lending. 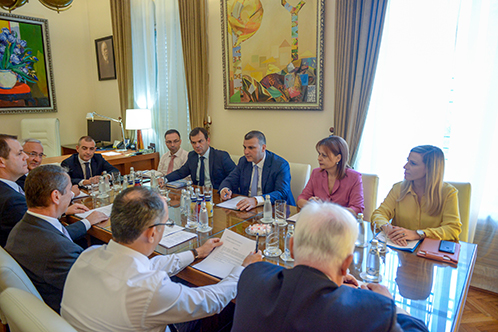 Another issue addressed during the meeting was the Draft Law “On payment services” and the innovations that it introduces in the banking market. Governor Sejko pointed out that the adoption of this Draft Law will help create favourable conditions for promoting technological innovations, and foster competition in the market. Also, during this meeting initiatives by the Bank of Albania to create a system for clearing euro payments domestically were discussed. This will help reduce costs for consumers and shorten the time for processing these payments.

At the end of the meeting, the participants expressed their commitment to work toward finalising and follow up on the undertaken projects.