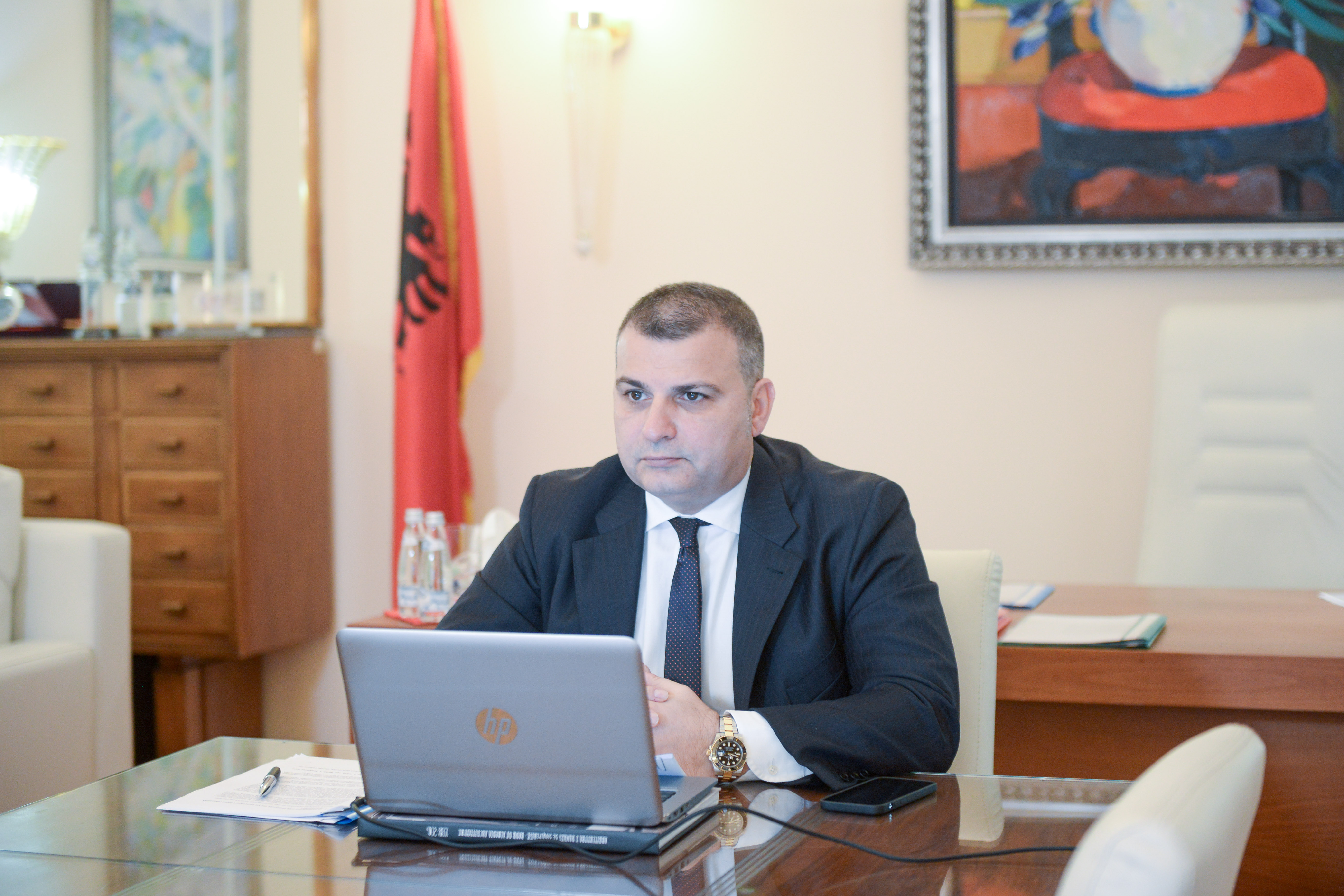 Reporting to the Parliament is a legal obligation through which is fulfilled the institution's accountability and transparency process on its work and results during the year, and informs lawmakers on the main objectives that institution aims to achieve in order to guarantee Albania’s monetary and financial stability in the period ahead. 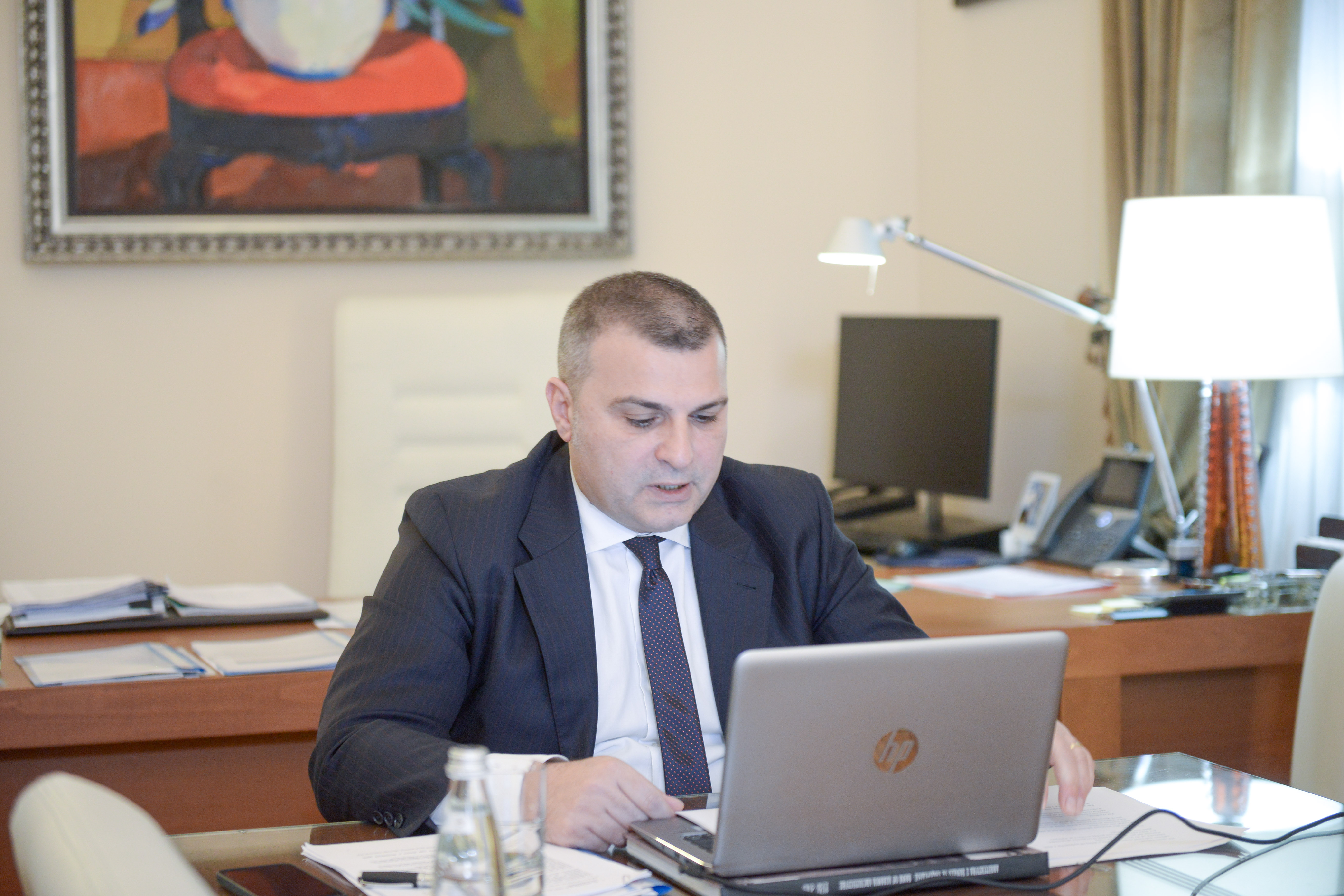 The Governor highlighted that COVID-19 pandemic has been the most serious economic challenge that we have faced in the last two decades. Focusing on Albania’s economic performance in 2020, Governor Sejko stated that the economic activity contracted by 3.3%. The economic fall reflected the simultaneous contraction of nearly all the components of aggregate demand and the sectors of the economy. The crisis hit particularly private consumption and market flows, marking a decrease in export of goods and services. On the other hand, consumption and public investments increased gradually, by partially offsetting the fall of private demand. 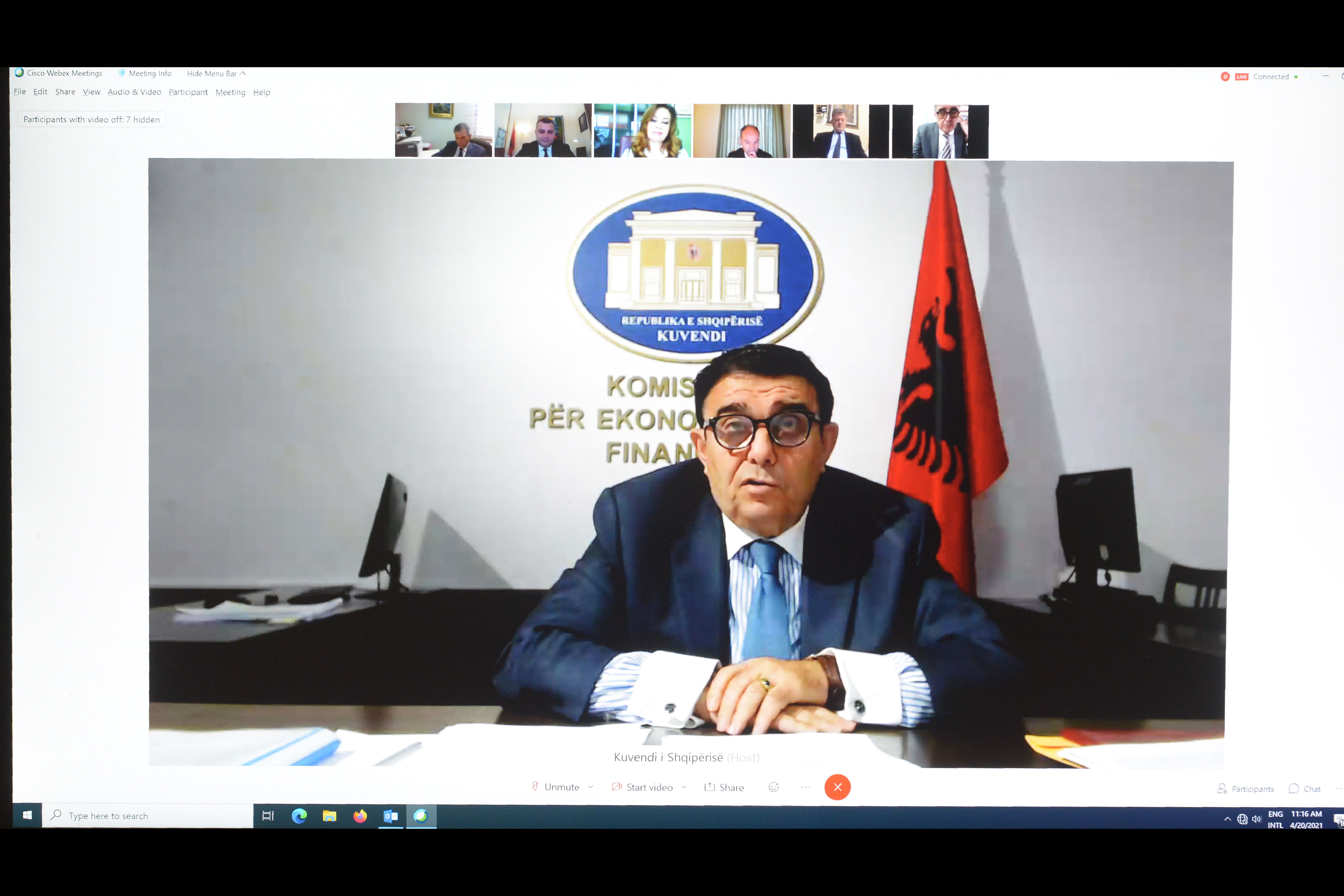 In these circumstances, it was necessary for the public authorities to intervene with stimulating extraordinary measures, not just to mitigate the immediate negative effects of the crises, but to also curb its long-term impact on the economy.

The Governor said that in coordination with the fiscal stimulus, the Bank of Albania implemented a complete set of monetary, macro-prudential and operational measures, which aimed at maintaining liquidity in the financial markets, reducing the cost of borrowing, continuous lending and maintaining the uninterrupted flow of financial services. Consequently, the impact of the crises on the economy was lower than expected, providing evidence to the positive effects of the measures undertaken by public authorities, as well as the flexibility and resilience of our economic and financial system. 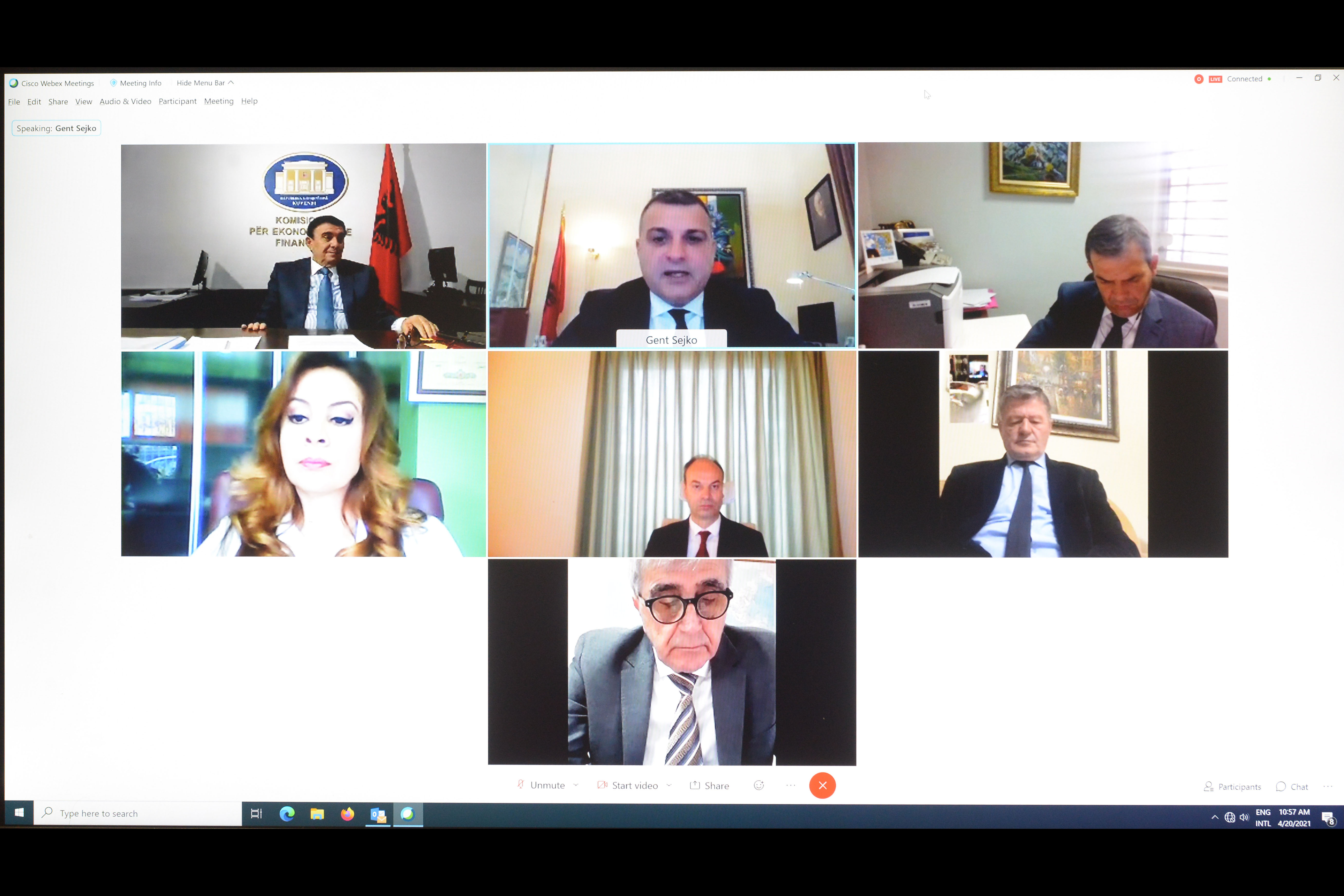 More specifically, in response to the situation created, the Bank of Albania undertook measures such are: the reduction of the key interest at historically minimum the of 0.5%; ramping up liquidity injections; temporary regulatory facilitation of payment deferrals and loan restructuring; freezing the dividend payments in the banking sector; forfeiting the fees on interbank transactions fees in the payment systems operated by BoA, as well as, engaging with the public in a frequent and transparent communication on the measures undertaken, their effects and expectations in the future. 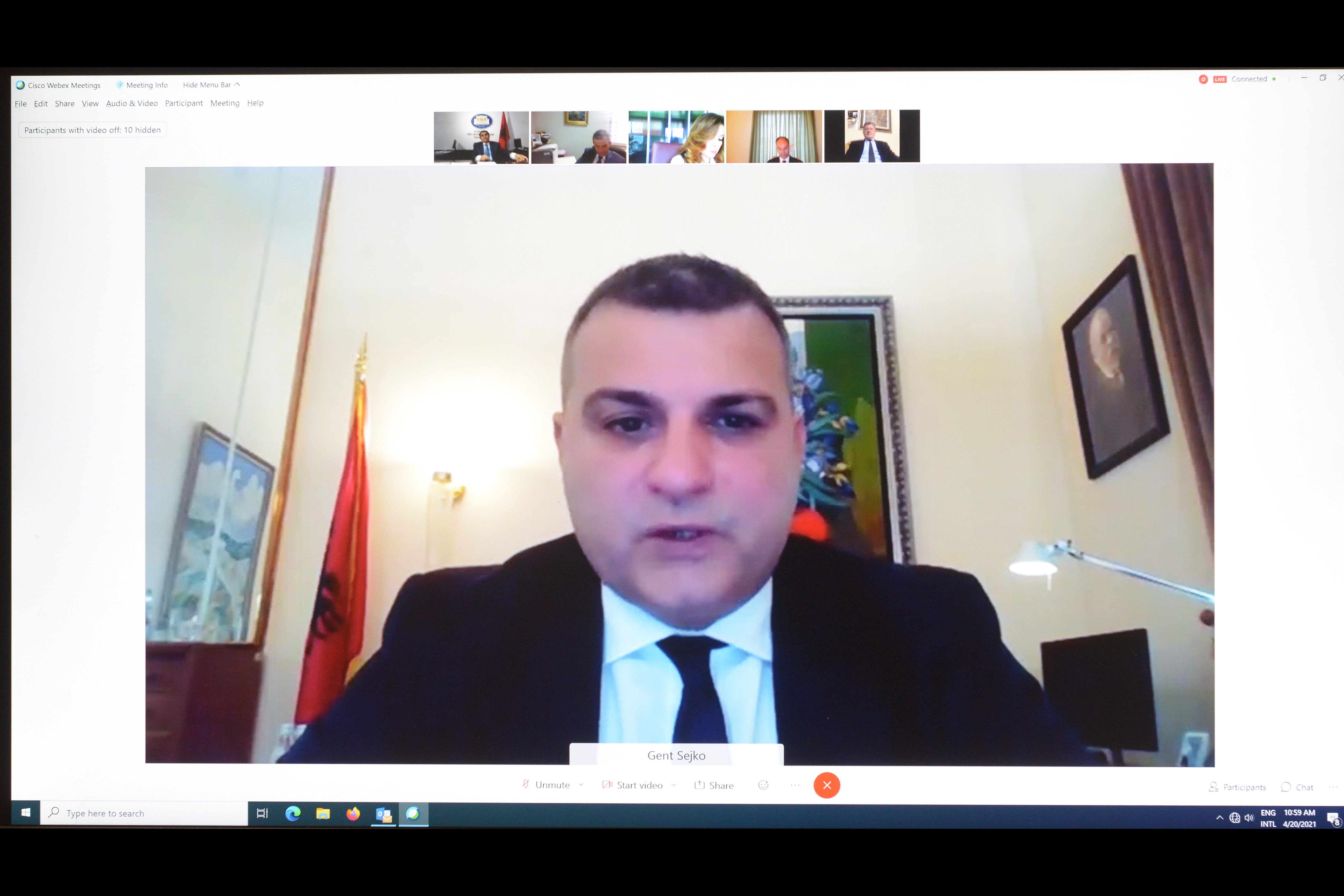 Governor Sejko added that the undertaken measures were effective, as they supported the economy in several directions. Overall, the Bank of Albania assesses that our stimulating monetary policy has yielded a positive effect of 3.7 percentage points in the economic activity volume during the last years, by providing a notable contribution to employment and the welfare of the Albanian citizens. He highlighted that the Bank of Albania forecasts that the Albanian economy will make a turn towards recovery during 2021, following the gradual reduction of the negative effect of the pandemic. The upward economic activity will help the strengthening of inflationary pressures and the return of inflation to target within 2022. 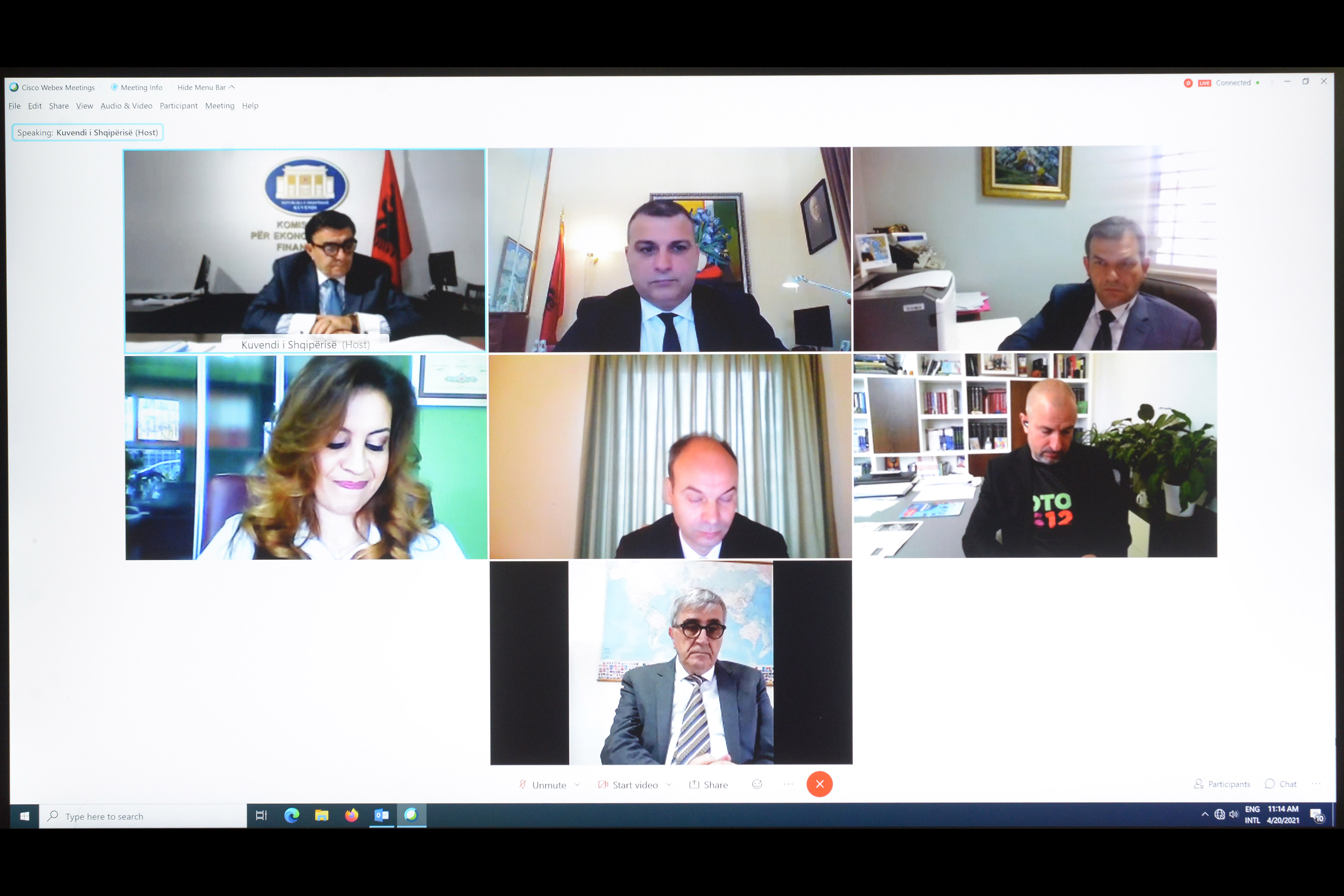 Furthermore, as regards the banking sector, the Governor emphasized that it is well-capitalised, solid and with good liquidity and financial soundness indicators. He underlined that this sector has helped to mitigate the effects caused by the pandemic shock, by overtaking part of the financial burden of the shock, as well as simultaneously maintaining all the indicators within sound parameters. In 2020, low interest rates and adequate liquidity were accompanied by a 6.7% average growth in credit portfolio, supporting thus the continuation of investments and the increasing demand of the economy for the working capital. The activities of the banking sector increased by around 7% and non-performing loans ratio fell to 8.1% at the end of December, a level close to the historic lows of the last decade. 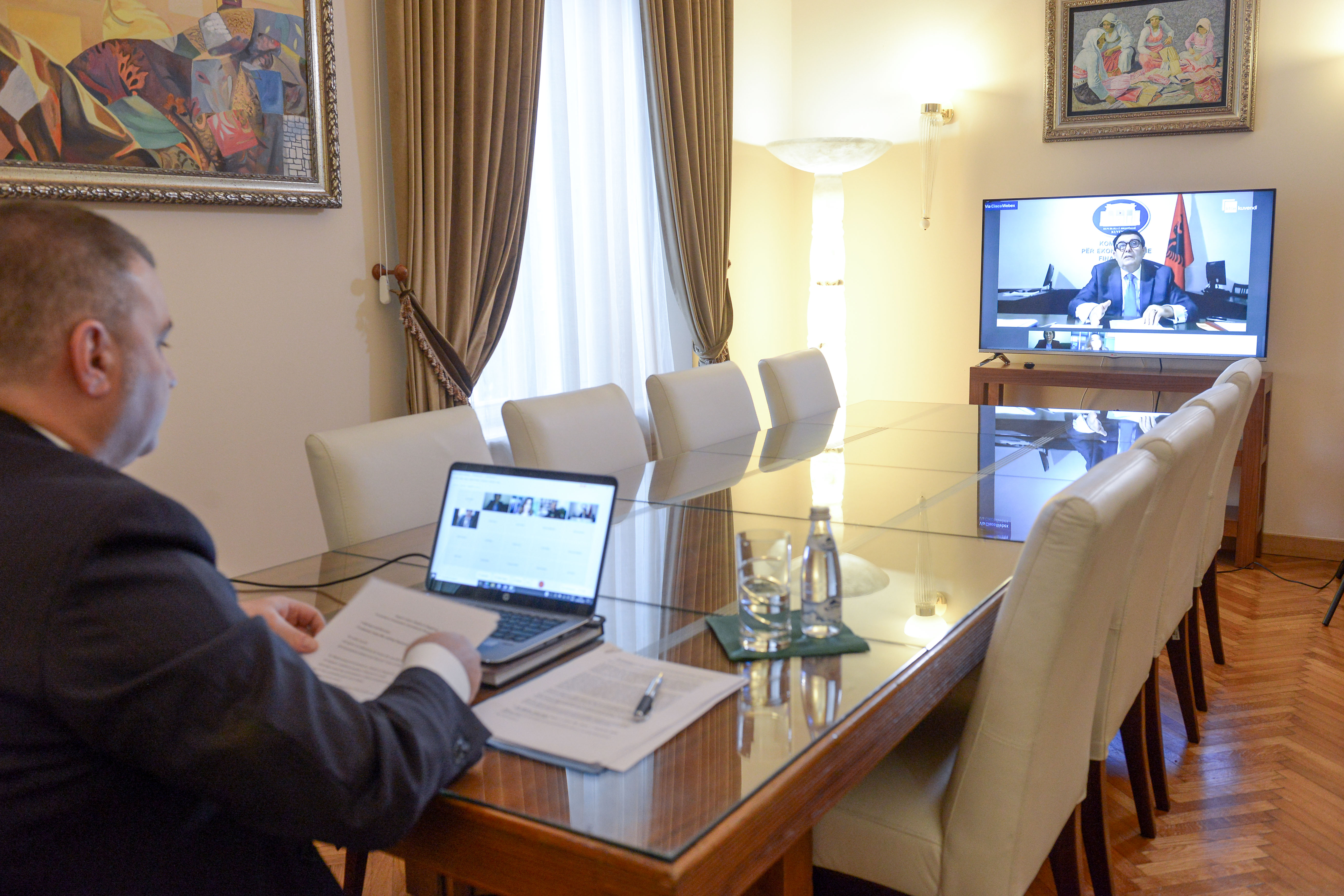 In his speech, the Governor listed some of the main contributions of the Bank of Albania regarding the strengthening of the banking supervision and supporting financial stability such as implementing the recommendations of the Committee of Expert of the Council of Europe on the Assessment of Measures against Money Laundering and Financial Terrorism (MONEYVAL)); regulatory and methodological approximation and enhancing supervisory capacities, through the adoption of new regulatory acts and review of the regulations in force, by further approximating it with EU acquis, the principles of Basel Committee and best banking supervision practices; monitoring the financial system through field inspections; strengthening the resolution capabilities; developing and implementing the macroprudential policy to the function of financial stability etc.

Throughout 2020, the functioning of the economy and the banking sector has been supported by an efficient and safe payment system. In 2020, the regulatory framework on the function of AECH and AIPS payment systems was reviewed. The systems were evaluated by international experts in relation to the principles of the Bank of International Settlements (BIS) and European Central Bank (ECB) and were in compliance with these principles.

Also, with a view to fulfilling the strategic goals, the Bank of Albania has started to work on the transposition of the EU Directives “On Payment accounts,” which is expected to enhance transparency in payment services and financial inclusion of the population. The year 2020 marked an increase by 18.5% in the use of electronic payments instruments. This trend has been also affected by the measures of the Bank of Albania regarding the reduction of fees on electronic transfers in lek.

The Governor stated that being among the institutions included in the national plan for the European Integration, and having the specific role of the national coordinator for Chapter 4 and 17, the Bank of Albania has fulfilled the reporting obligation, and has integrated the recommendations of the European Commission in realizing its daily tasks.

Furthermore, the Governor added that the Bank of Albania has made progress in other areas of its activity such as: compilation and dissemination of financial statistics, management of international reserve, conduction of scientific researches and public communication, management of the domestic currency etc.

Concluding, Governor Sejko stated that the Albanian economy showed notably resilient against the shocks of the preceding year and has positive premises for development in the near and far future. However, the downside risks remain high and the economic and financial environment is challenging. The Governor assured that through preserving the monetary and financial stability, the Bank of Albania is committed to give its contribution in this regard.

At the end of the session, the Governor responded to the questions addressed by the Committee members.