On 19 September 2022, the Governor of the Bank of Albania, Mr Gent Sejko met with the IMF’s Deputy Managing Director, Mr Bo Li.

In the framework of his official visit in Albania, the IMF's Deputy Managing Director is meeting with several high-level authorities in Albania. 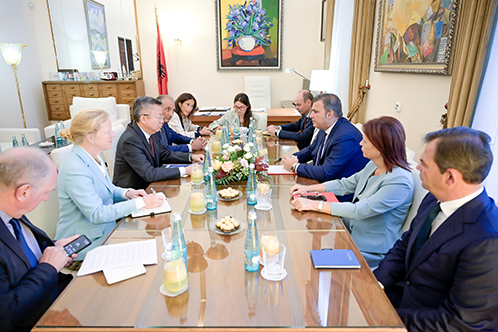 Governor Sejko received Mr Bo Li, accompanied by Mr Domenico Fanizza, the Executive Director for Albania, at the International Monetary Fund and Ms Stephanie Eble, the IMF Resident Representative to the Regional Office for the Western Balkans. The meeting was also attended by senior officials of the Bank of Albania and IMF.

Governor Sejko commended the very good cooperation relationships between the Bank of Albania and the International Monetary Fund, which have continuously supported the drafting of economic and financial reforms in Albania, particularly the implementation of the necessary reforms for the consolidation of the Albanian banking system. 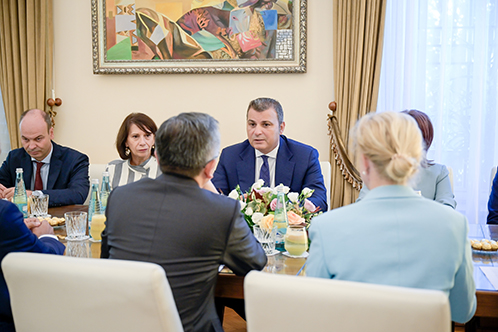 In full compliance with its legal mandate, the Bank of Albania has continued the normalisation of monetary policy, by increasing the policy rate three times in 2022, aiming at controlling inflationary pressure and for inflation returning to the target within a medium-term horizon. The Bank of Albania stands ready to intervene in a timely manner and with the adequate force to guarantee the price stability in Albania, by establishing the adequate conditions for the sustained and long-term economic growth of Albania.” - said the Governor. 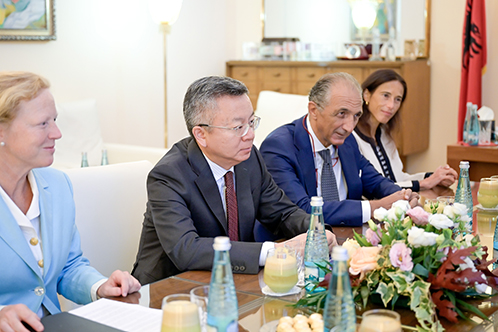 The foreign environment continues to remain challenging. Nevertheless, Mr Sejko stated that the Albanian economy is expected to grow in 2022 and in the upcoming years, demonstrating the broadness and solidity of the growth sources, the stability and support of the financial sector, as well as the flexibility of the private sector.

In terms of the banking system, the Governor uttered that this system has been further consolidated during the last years. While it is being characterised by stable financial indicators coupled with ample liquidity for supporting the country development.  In 2022, deposits and loans grew, credit quality continued to improve and the other indicators of financial stability have remained at adequate levels. 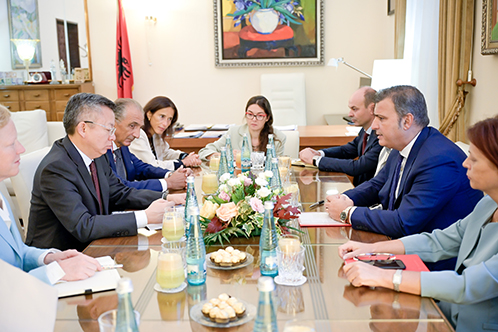 Also, discussions focused on bolstering sound credit, reducing non-performing loans, digitalisation of payment market, and strengthening banking resolution capacity. The implementation of concrete steps in each of these fields clearly shows the commitment of the Bank of Albania in honouring its legal duties, addressing the new challenges, and the good-governance of the institution.

The Deputy Managing Director of the IMF, Mr Bo Li, highlighted that in the last years, Albania has dealt with three subsequent shocks: the devastating earthquake of November 2019; the global pandemic; and the sharp surge in prices of foods and energy due to the war in Ukraine. Despite that, the country has continued to progress thanks to the supportive measures and the relevant coordination between the main authorities of Albania to curb in a timely manner the impact of these shocks. 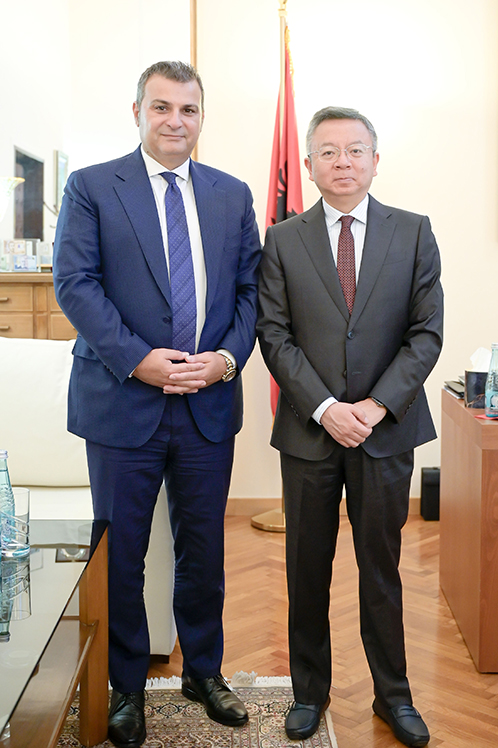 The Bank of Albania has played a crucial role in this regard. It has successfully implemented its monetary policy, by providing contribution for a sound macroeconomic environment and ensuring a consolidated banking market in Albania. “The Bank of Albania has rightly embarked on monetary policy normalization in 2022 to contain inflationary pressures. ” - stated Mr Li.

The Deputy Managing Director Li pointed out that, despite the global challenges and their local effects, Albania should continue the path for further reforms in order to converge to EU living standards. Strengthening institutions, improving governance, and complying with international best standards are crucial in this regard.

The meeting was concluded with the IMF representatives visiting the Museum of the Bank of Albania who then were introduced to the history of the Albanian currency, the financial history of the country, and the foundation of the central bank of Albania.