The Bank of Albania hosted from 30 to 31 October 2006, its Sixth Annual Conference titled "Regional financial markets and financial stability - A concept between national sovereignty and globalization". The Conference was held at the Sheraton Hotel, Tirana. 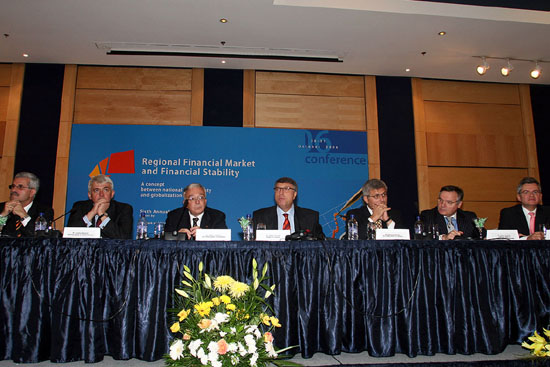 The Conference also provided a genuine exchange of views and opinions among different stakeholders in the regional financial market (including national authorities, international banks and domestic banks) and examined the regional implications of financial developments.

In this context, governors and other high-level representatives from the central banks of South Europe and beyond, from the main commercial banks operating in the region, as well as from the relevant international institutions, such as the International Monetary Fund, the World Bank, and the European Commission participated in this event.

Mr. Lorenzo Bini Smaghi, Member of the Executive Board of the European Central Bank, was the guest of honor and delivered the keynote dinner speech titled "Monetary and financial stability: Challenges in South-Eastern Europe" on this occasion.